Dispersing prism manufacturers say that a prism, a transparent object surrounded by two planes that intersect but are not parallel to each other, is used to split light or disperse light beams. Prisms are polyhedrons made of transparent materials (such as glass, crystal, etc.). It is widely used in optical instruments.
According to dispersing prism manufacturers, prisms are divided into several types according to their properties and uses, such as right-angle prisms, equilateral prisms, DOVE prisms, pentagonal prisms, roof prisms, dispersing prisms, beam splitting prisms, etc. 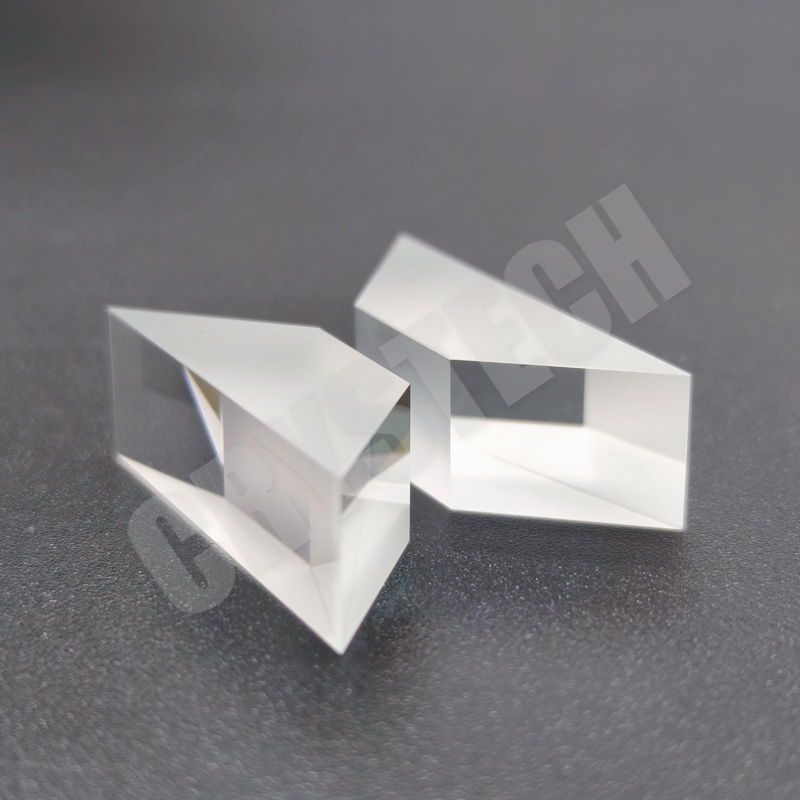 Dispersing prism manufacturers say that prisms can be used to deflect light at a specific angle. Prisms not only deflect light, they can also be used to orient the image. The design of the prism will be used to determine how it interacts with light. When light hits a prism, the light is reflected on a single or multiple surfaces before exiting, or the light is refracted as it passes through the substrate.
Dispersing prism manufacturers said that in modern life, prisms are widely used in digital equipment, science and technology, medical equipment and other fields.
Commonly used digital equipment: cameras, closed-circuit televisions, projectors, digital cameras, digital camcorders, CCD lenses and various optical equipment;
Science and technology: telescopes, microscopes, levels, fingerprints, gun sights, solar energy converters and various measuring instruments;
Medical equipment: cystoscope, gastroscope and various laser treatment equipment