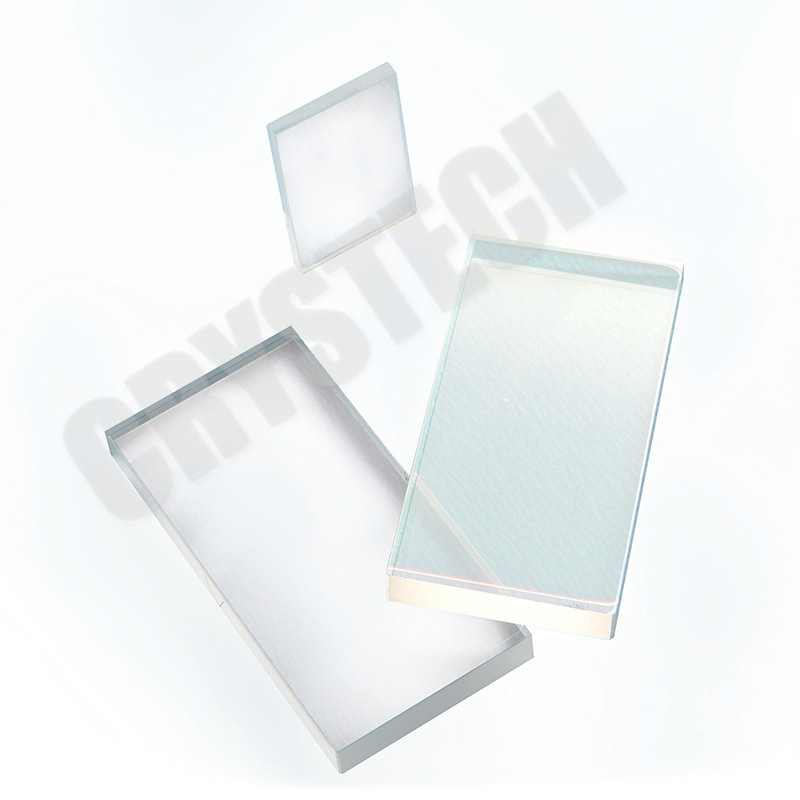 There are different kinds of Thin film polarizers:

Thin film polarizer that contains only one layer of coated glass. Usually the design angle of incidence is Brewster's angle, so that the reflection loss of the back transmitted light can be avoided. If the incident angle is another angle, such as 45° (the most common), an anti-reflective coating needs to be used on the back side, and the structure of the front design layer is also difficult.

Thin film polarizer usually coats a 45° prism and then sticks another 45° prism on it to get a cube structure. The entrance and exit surfaces are usually coated with anti-reflective coatings. The basic principle of the commonly used MacNeille cube design is to eliminate p-polarized reflection at all incident surfaces at Brewster's angle. Therefore, the introduction of the Bragg reflector can easily obtain the high reflectivity of the s polarization, and will not introduce the reflection of the p polarization. Brewster's angle conditions require that the refractive index of the substrate material is appropriate (given coating material). This Thin film polarizer is suitable for a large wavelength range, but the incident angle range is relatively narrow (a few degrees).

In other polarization cube structures, the Brewster angle condition may not be satisfied, and the interference effect is used to suppress the reflection of p-polarization. This kind of interference Thin film polarizer only works in a very narrow wavelength range, but the material can be selected very flexibly.

Types and applications of Dove prism

Types and applications of Dove prism