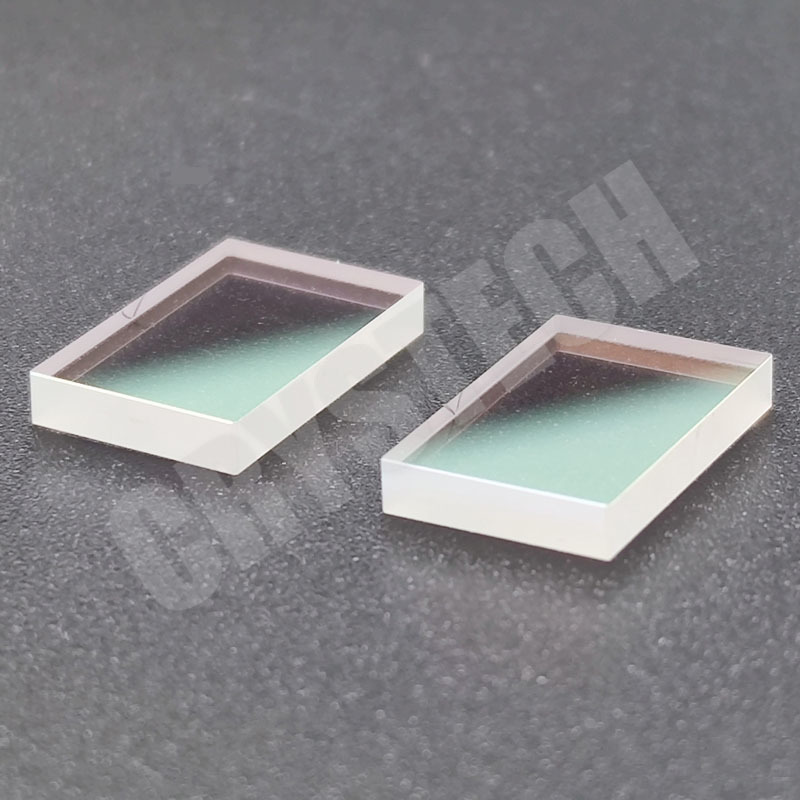 The prism-type Thin film polarizer is generally located in the middle of two symmetrical right-angle prisms, and makes the light beam to achieve Brewster angle shot at the interface of the film. At this time, the light parallel to the incident surface (p component) is highly transmitted, and the light perpendicular to the incident surface (s component) is highly reflected, thereby realizing polarization splitting.

The basic principle of the flat thin film polarizer is based on the tomb of the polarization effect of the thin film when the beam is incident obliquely. For convenience, the Brewster angle of the base material is often selected as the incident angle. At this time, within a certain wavelength range, the p component has high transmission and the s component has high reflection, forming polarized light. The optical effect of some optical films is to suppress the polarization effect of the film, which is generally called depolarization film. Its essence is also a polarizing film.

In modern optical systems and optical instruments, Thin film polarizer can replace birefringent crystals as polarizing elements or polarization modulating elements. The flat-plate polarizing film is easy to make very large, and has low loss and high damage value, and is often used as an intracavity polarizing element and isolation element in a laser system.