The classification of dispersing prism is as follows

Prism is the most commonly used dispersing prism. Light is refracted twice when it enters and leaves the prism. 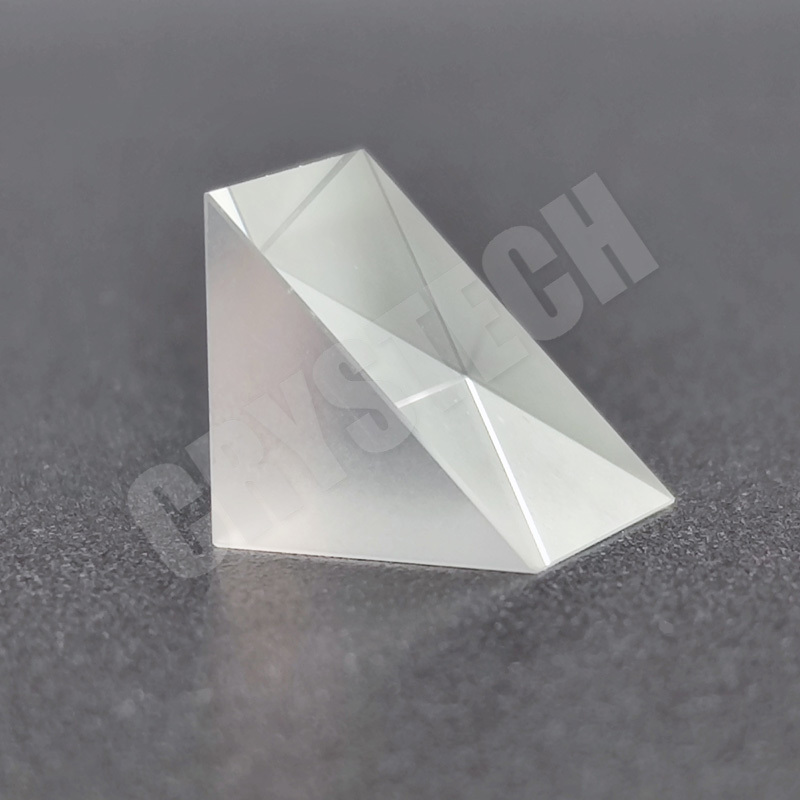 The dispersing prism is shaped into a square with four planes, and the correct angles of each side are 90 degrees, 75 degrees, 135 degrees, and 60 degrees in order. The light is incident from ab plane, totally reflected from bc plane, and then leaves the prism from ad plane. For the light of a specific wavelength, it can be correctly deflected by 90 ° after being refracted

Abbe prism is a kind of dispersing prism named after German physicist Ernst Abbe. It is similar to beling Broca prism and has a fixed deflection angle.

The prism is a right angle glass block with three angles of 30 °- 60 °- 90 °respectively. When in use, the light beam enters from the ab plane, and after refraction, it is totally reflected from the bc plane to the AC plane, and then it is refracted from the AC plane. The prism is designed so that light of a specific wavelength will deflect 60 ° away from the prism

Amici prism is named after Italian astronomer Giovanni amici. It is a dispersing prism group with dispersive function, and is often used in spectrometers.

The Amish prism consists of two triangular prisms. The first triangular prism is usually made of glass with medium dispersion ability, and the second one is made of glass with higher dispersion ability (compared with the first one). When the light enters the first prism, it is refracted first, and then enters the interface of the two prisms. Because of the different refractive index of the two kinds of glass materials, it refracts again at this interface (the two refractions have opposite angles to the incident light), and finally the refracted light shoots out in the direction almost perpendicular to the surface of the second prism. The angle and material of the prism are selected so that the light of one wavelength (color), usually the central wavelength, is parallel to the incident light beam when leaving the prism. The deflection angle of other wavelengths is related to the dispersion ability of the material.

The principle of dispersing prism

The principle of dispersing prism